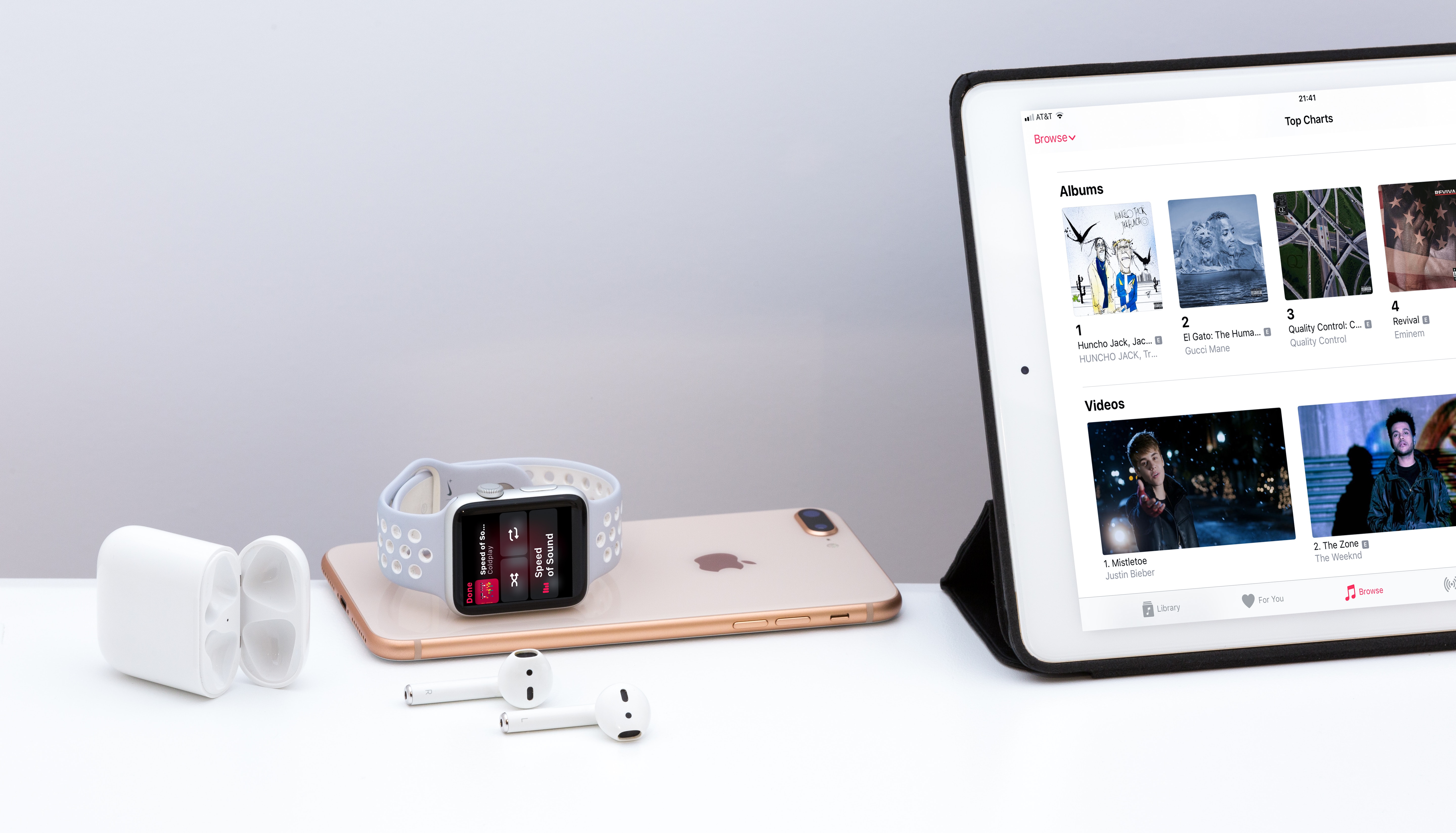 We live in a world that’s becoming increasingly digital. Each year, new developments and innovations are made, resulting in more devices and greater options for users to browse, search, shop, or otherwise engage with digital media.

According to Monica Anderson of the Pew Research Center, “66% of Americans own at least two digital devices—smartphone, desktop or laptop computer, or tablet— and 36% own all three,” a share that’s more than doubled since 2012.

And with the number of multi-device owners on the rise, it’s important to understand the impact in terms of digital media consumption and conversions.

Jerry Dischler of Adwords says, “More Google searches take place on mobile devices than on computers in 10 countries including the US and Japan,” which is significant. However, computers still “drive the most clicks on search ads and conversion events on websites.”

So it would appear that people use their devices in a tag-team like manner. They begin the search process on one device and finish it—and possibly convert—on another.

Numerous case studies have documented this type of “search now and buy later” behavior across multiple devices. And the findings indicate that mobile and tablet shoppers are similar in this regard. Both types of shoppers use their respective devices to “assist” sales made later on their computers.

Furthermore, this behavior is growing increasingly prevalent. The percentage of consumers who consult with three or more channels has risen from just 10% in 2002 to 40% in 2015.

Multi- or cross-device attribution and “assisted” sales undoubtedly make a marketer’s job more challenging, especially since it’s a relatively new phenomenon and attribution modeling is still in its early development.

But based on the user behavior data, it’s in marketers’ best interest to pay attention to the purchase path of users, which likely involves multiple devices, and use that intelligence to inform their online strategies. 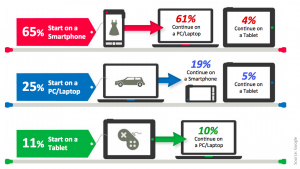 According to the Seattle Interactive Conferences (SIC), tablet users often engage in multi-screen usage—for example, watching television while searching on a tablet. There are also certain market segments, including the healthcare vertical, in which people convert better on tablets than on computers.

Furthermore, research presented by Lars Hirsch at SMX Advanced revealed that marketers may be undervaluing tablet clicks. And this is especially true for clicks made during the morning, as these clicks “can lead to purchases later in the day on any device.” Check out the chart below from Bing: 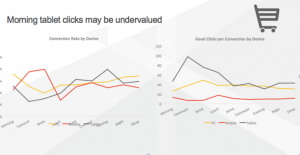 Typically, people use smartphones for quicker interactions, such as reading reviews or getting directions. But…

People generally use their mobile devices to make impulse purchases or to buy less expensive items, such as kitchenware, especially during the evening hours after work.

We are moving away from outmoded attribution models, like “last-click,” which credits only the last search made with driving a sale while ignoring other searches that may have taken place on other devices and also contributed to the conversion.

Now, there are two more up-to-date models that can help you better understand your customers’ purchase paths:

DI relies on data that is known to be true, or “first-party data collected from individual user logins.” DI has a 95% accuracy at mapping unique users across multiple devices, provided they use the same email address for each login.

So when people log into their accounts on smartphones, tablets, desktops or laptops, DI can track their clicks, views, and conversion data and target them even as they move across multiple devices.

PI comes in handy when cookies and other forms of first-party data aren’t available. PI relies on non-personally identified information to “create statistical, aka likely, matches between devices.”

PI is also useful in that it maps user behavior across multiple devices without divulging personally identifiable information. Google AdWords uses PI. But with a rating of 60-90%, PI is not as accurate as DI. 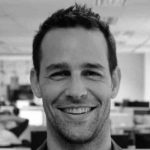 We also collect phone, app, error, speed, social and other peripheral data to help align user IDs. These cross-device identification points are then stitched to the purchase path, creating an accurate multi-channel view of media performance across all devices.”

How To Factor Multiple Devices Into Your Marketing Strategy

While this will vary company to company and niche to niche, here are two general pieces of advice:

Tablets and smartphones are smaller devices. Therefore, you don’t want to overload users with too much information—just the essentials. Minimize the amount of steps in the checkout process and make sure your pages load quickly.

Keep all your forms simple, using autofill whenever possible, and have a crystal clear call-to-action. You also want to be as “thumb-friendly” as possible. This means larger button sizes and ample space in between hyperlinks. 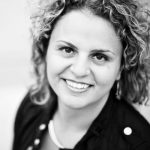 Mona Elesseily of Page Zero Media: “Let’s say you’re Zappos and you know that 40% of your mobile visitors go to a computer to make a purchase. You can take this info and bake in KPIs…

Use A Multi-Device Solution

Check out the resources offered by companies, like the three listed below, aimed at providing multi-device solutions:

Understanding multi-device attribution is a complicated matter. However, with the overwhelming majority of media consumption being screen-based plus the rising number of people who own multiple devices, cross-device browsing and shopping are realities that marketers need to face.

And in order to gain a more accurate understanding of how customers are converting, marketers need to develop a holistic view of the purchase path across every device involved.

What do you think about these multi-device attribution tips? Leave a comment and let us know!

Previous Post 4 Techniques To Encourage Impulse Buying On Your Website
Next Post How Personalizing Your Message Can Increase Conversions
We use cookies on our website to give you the most relevant experience by remembering your preferences and repeat visits. By clicking “Accept”, you consent to the use of ALL the cookies.
Do not sell my personal information.
Cookie SettingsAccept
Manage consent