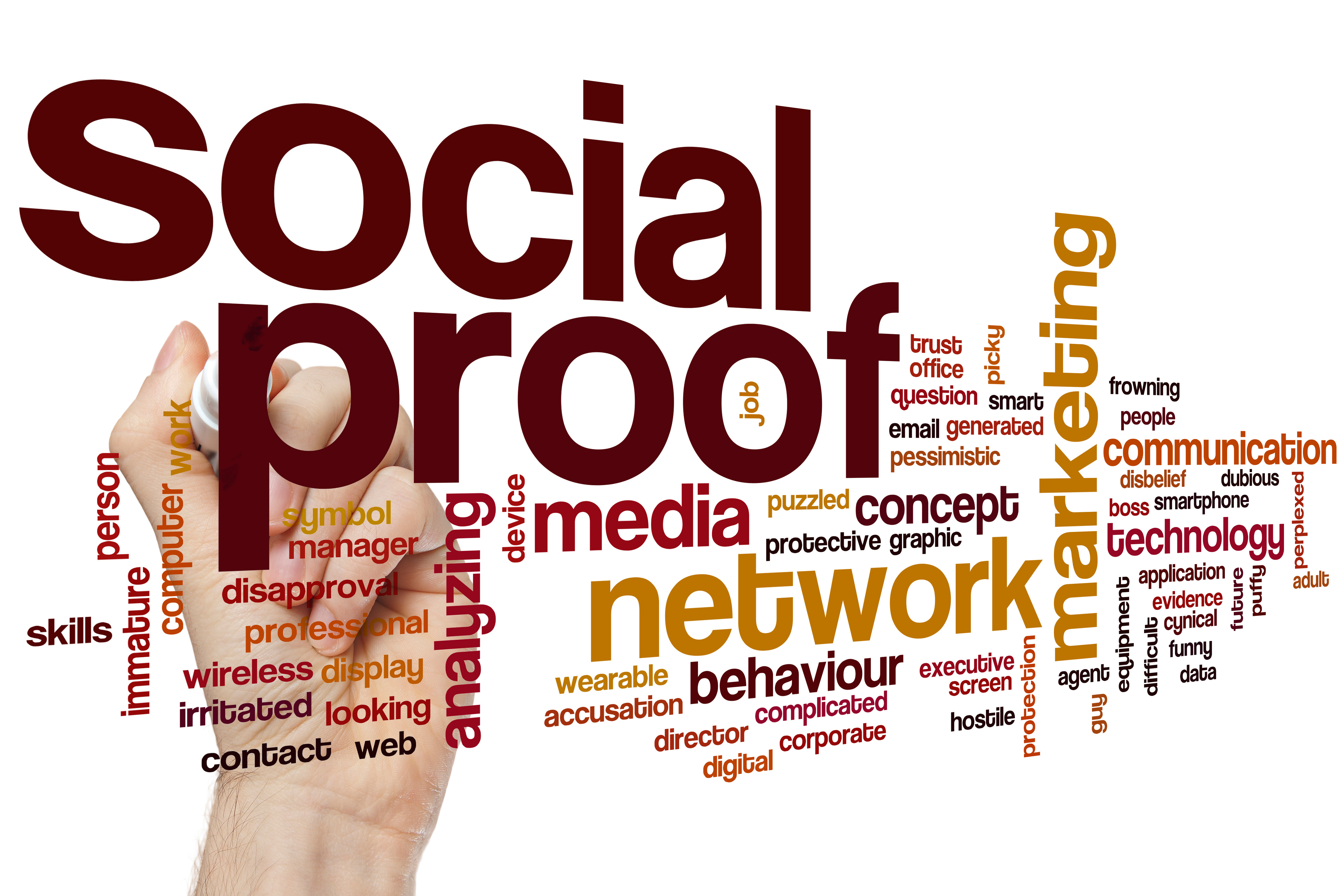 Ecommerce presents a whole slew of conveniences to shoppers—from the ability to browse in your pajamas, to the capacity to read customer reviews and testimonials beforehand.

Shopping online is not without drawbacks, however, the biggest of which is that you can’t achieve the same sensory experience that you can from shopping in a brick and mortar shop (i.e. the ability to pick an item up, touch it, and get a full 360-degree view of it).
But that’s where the aforementioned reviews and testimonials, and other forms of social proof come into play.
While shopping online, you may not be able to personally inspect a particular product but you can live vicariously through other people’s experiences with that item, as evinced by the social proof, which is “frequently used to guide shoppers towards the best product choice.” 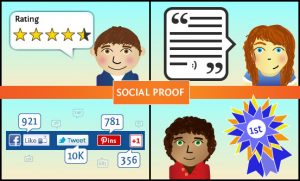 Social proof can come in a variety of forms, including…

The question is, though, which form of social proof is the most effective?

How Social Proof Is Perceived And Recalled

The ConversionXL Institute conducted a study in which eight forms of social proof in addition to a control were assessed to see how each one was perceived (through eye-tracking) and recalled (through a follow-up questionnaire). The eight treatments were as follows:

Below, you’ll find the highlights from the study as described by Ben Labay. 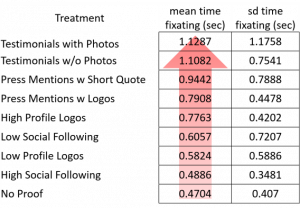 There were differences among…how long people paid attention to different types of social proofs. The differences were driven by the three social proof versions with text (the two testimonials and the press mentions with short quotes) that resulted in the longest mean times fixating (average of 1.06 seconds). This was likely due to the large blocks of text causing increased cognitive processing (longer time to think about).

Out of the 8 treatments (plus control), viewers were significantly more likely to remember high profile client logos (not low profile), testimonials with photos (not testimonials without photos) and press mentions.”

While this study certainly had limitations, it also yielded some interesting results—namely that you should include photos with your testimonials whenever possible, and the best form of social proof is high profile client logos, “as they balance high recall with low cognitive load.”

How To Get The Best Client Logos And Testimonials

Acquiring these two forms of social proof can be a challenge, especially the former, as it means you need to be doing business with high profile clients and customers. If that’s not a position you’re in currently, it’s okay. You can also write articles about your company or products and then feature the logos of any significant media outlets that publish your work.

Or, the next best thing is to aim for the most believable, trust-inducing testimonials possible. Here are three simple strategies to do this:

Any Facebook page that’s set up as a local business now comes with a reviews tab. “Simply slide this tab over into your visible tabs, and encourage your fans on your wall to go over and enter some reviews,” says Kristi Hines of Kikolani. 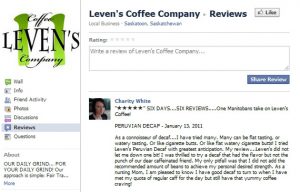 People write unsolicited reviews about products and companies all the time on their personal blogs or other websites you’re not aware of. Therefore, it’s beneficial to set up notifications via Google Alerts and Social Mention to discover these reviews so you can get the authors’ permission to post them on your testimonials page.

And of course, simply asking is always a possibility. Send a follow-up email to your list of buyers asking if they’d be willing to write a testimonial for you. Of those who respond look for the ones that go the extra mile by including specific details.

What forms of social proof do you use on your website? What do you think about these suggestions?

Previous Post Think It’s Okay To Ignore Small Conversions? Think Again
Next Post Reducing Your Risk Of False Information With Split-Testing
We use cookies on our website to give you the most relevant experience by remembering your preferences and repeat visits. By clicking “Accept”, you consent to the use of ALL the cookies.
Do not sell my personal information.
Cookie SettingsAccept
Manage consent

This website uses cookies to improve your experience while you navigate through the website. Out of these, the cookies that are categorized as necessary are stored on your browser as they are essential for the working of basic functionalities of the website. We also use third-party cookies that help us analyze and understand how you use this website. These cookies will be stored in your browser only with your consent. You also have the option to opt-out of these cookies. But opting out of some of these cookies may affect your browsing experience.
Necessary Always Enabled
Necessary cookies are absolutely essential for the website to function properly. These cookies ensure basic functionalities and security features of the website, anonymously.
Functional
Functional cookies help to perform certain functionalities like sharing the content of the website on social media platforms, collect feedbacks, and other third-party features.
Performance
Performance cookies are used to understand and analyze the key performance indexes of the website which helps in delivering a better user experience for the visitors.
Analytics
Analytical cookies are used to understand how visitors interact with the website. These cookies help provide information on metrics the number of visitors, bounce rate, traffic source, etc.
Advertisement
Advertisement cookies are used to provide visitors with relevant ads and marketing campaigns. These cookies track visitors across websites and collect information to provide customized ads.
Others
Other uncategorized cookies are those that are being analyzed and have not been classified into a category as yet.
SAVE & ACCEPT
3 shares