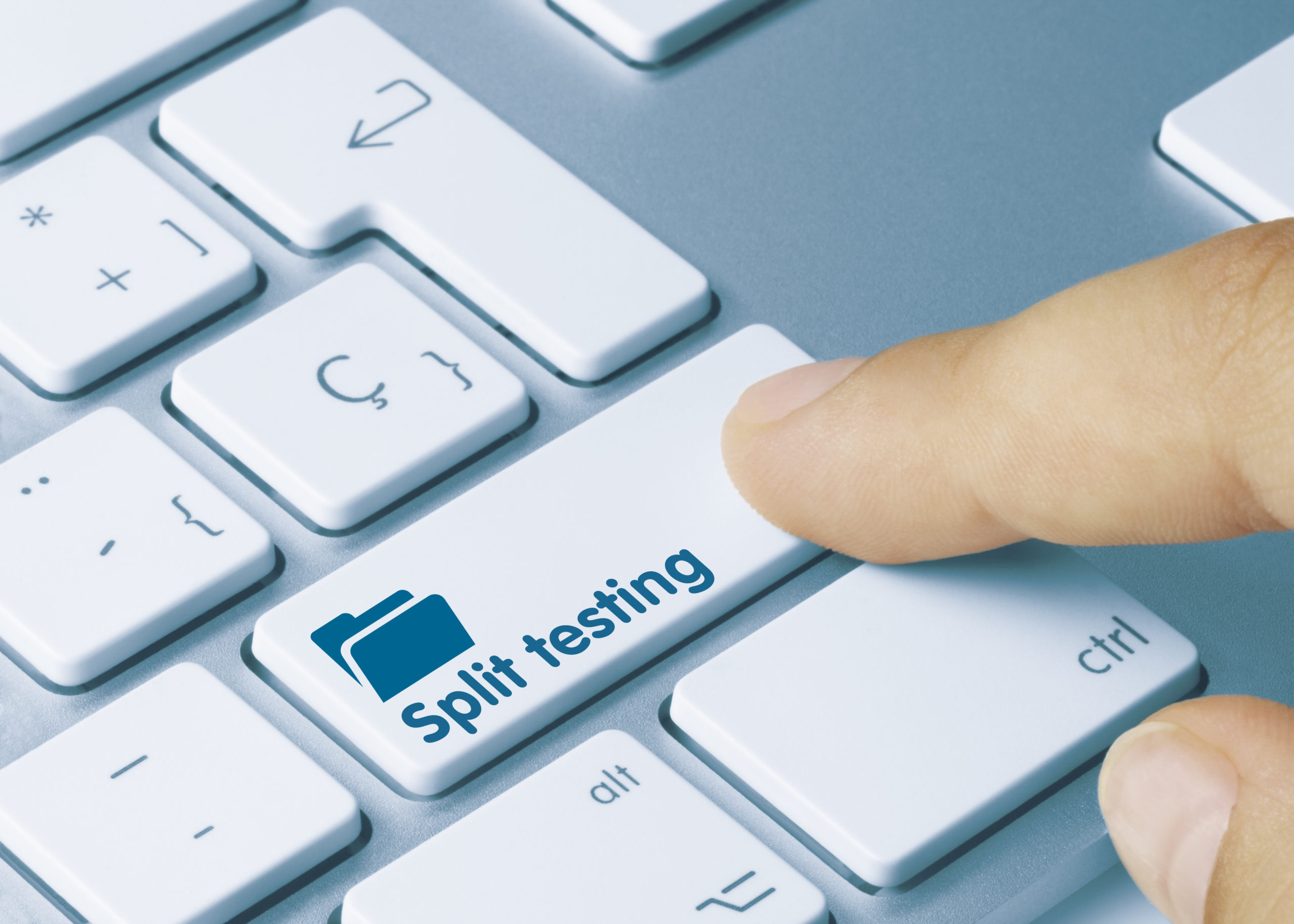 Most companies can’t argue the fact that they want an increase in landing page conversion rates. After all higher conversions mean you have hit the nail on the head with your message and as a result, it creates more leads and customers.

Who can say they don’t want more leads and customers?

But the fact is that there are a TON of companies out there that still aren’t split testing. This isn’t limited to just small companies. We have consulted and helped companies in excess of $100 million in revenue that weren’t actively split testing to increase landing page conversion rates.

Landing Page Optimization Rate – Why You Should Be Split-Testing

A recent study showed that 95% of website owners collect data in one way, shape, or form about their visitors but less than 30% actually do something with the data.

Without actively testing and trying to improve your landing page conversion rate you are leaving a heap of revenue on the table.
For example, we consulted with a VERY prominent brand in regards to their effectiveness on display advertising. After some digging, we discovered that their nearest competitor had almost 40X the impact that they did in the market.

The kicker was that the competitor was actually a referral partner of theirs. This means they were giving up a good percentage of profit on the same customers through having less impact on that particular channel.

If they would have been paying close attention to the message market match and their offers they would have improved their ROI dramatically, all with just a little bit of split testing.

Bottom line is that if you aren’t testing you can’t stay competitive in the market, as there is a good chance your competitors are testing and they are going to gobble up more of the market share.

Testing allows you to get in better touch with your target audience by giving them more of what they want and delivering your message in a way that will lead to a better response.

Better response and being in better touch leads to more leads and more leads results in more customers.

Marketplaces constantly change and working on your landing page conversion rate allows you to adapt quickly to stay on that cutting edge.

To give you a real-world idea of just how powerful testing can be let’s take a look at one company that was spending in excess of $75 million a year on advertising and out of that $40 million was spent in digital advertising.

Their main objective was to generate leads and get a measly 1% conversion rate.

Now we are talking about 1.2 million leads, an increase of 400,000 leads on the same advertising spend, which would add millions in revenue for the company all thanks to split testing.

The “magic” behind testing isn’t reserved for those that can spend millions on advertising either.

Say you are spending $10,000 on advertising each month. Roughly paying $.50 cents a click once again, meaning you get about 20,000 visitors a month.

Your conversion rate on your landing page to generate a lead is 25% (in many markets this is not out of line), which means you generate 5000 leads.

Your sales page converts at 4% and every customer is worth $100 to you on average.

As you can see, split testing is a vital element that every company should instill into their DNA no matter how big or small you are.
Just a little increase could mean the world of difference and it all comes down to split testing to increase landing page conversion rates.

Do you want to discover some key leverage points to increase the landing page conversion rate for your company?  Simply contact us for a no-obligation conversion acceleration session where we will help you discover up to a dozen elements you can test right now to see an improvement of 20%-50% almost immediately.